The Day the Series Stopped 플롯

On Oct. 17, 1989, at 5:04 p.m. PT, soon after Al Michaels and Tim McCarver started the ABC telecast for Game 3 of the World Series between the San Francisco Giants and the Oakland Athletics, the ground began to shake beneath Candlestick Park. Even before that moment, this had promised to be a memorable matchup: the first in 33 years between teams from the same metropolitan area, a battle featuring larger-than-life characters and equally colorful fan bases. But after the 6.9 Loma Prieta earthquake rolled through, bringing death and destruction, the Bay Area pulled together, and baseball took a backseat.

The Day the Series Stopped 배우 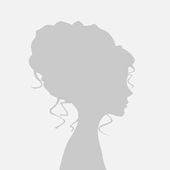 The Woman in the Grounds

The corral and the wind